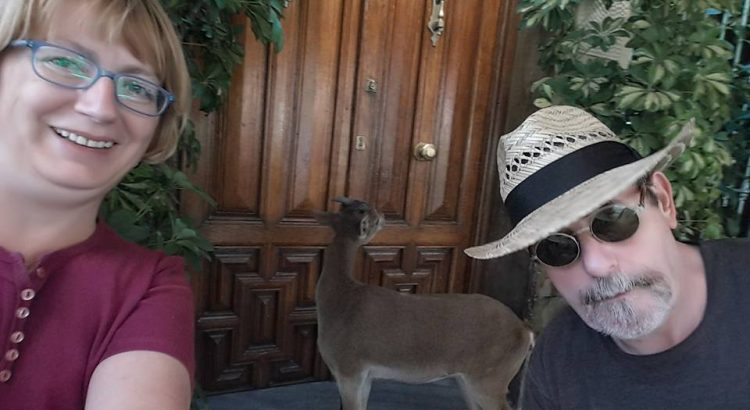 In 1996, after Universal Studios bought the film rights to my Sarajevo novel, Marija and I moved to Spain, where we bought a dilapidated house in the village of Lanjaron, high up in the mountains south of Granada. For both of us the country was new – we had visited as students (before we met) but we had no particular Spanish connection.

The house was in such a bad state of disrepair that we had to spend quite a lot of money just to prevent the roof from collapsing, even before we had completed the process of becoming legal owners. Over the course of 1997 we learned builder’s Spanish – acquiring a capacity to discuss the diverse and interesting properties of bricks, tiles, window frames and overhead beams.

Within six months Marija was fluent – not just in builder’s Spanish but in all the other kinds too. After many years I’m still more comfortable with bricks and beams than with more complicated topics. Seven years in Japan yielded a similarly skewed capacity (or incapacity) to communicate, and after 25 years of being connected with Bosnia and Herzegovina, my ability to carry on a conversation is likewise limited. I make this admission with considerable shame.

Language, though, isn’t the only way into the heart of a country. There are neighbours too. Our street is a cul de sac of white plaster facades festooned with flowers immediately behind the church in the very centre of the village. There are four other families. Bit by bit after we arrived in 1996 our neighbours introduced us, with humour and a truly inspirational brand of solidarity, to the rhythms of life in the Spanish countryside.

Deirdre and Me is a series of popular sketches written by Michael O’Reilly, who runs a bookshop on the coast just down the road from our house in the Sierra Nevada. Some people believe that the bookshop is imaginary; others insist that they have actually bought books there. If you are looking for a slim volume that gives a real sense of life in contemporary Spain, this might very well be it.